Come join us Saturday, April 20th, 2019 for a concert featuring our headliner musical guests, Megumi Nakajima and Konomi Suzuki! This is an omnibus performance. Concert doors open at 6:30pm, with a prelude by TAM and Akai Ryusei before the show officially kicks off at 7:00pm.

Renowned for her role as Ranka Lee in 2007’s Macross Frontier, Megumi Nakajima returned from hiatus in 2017 and will be making her Canadian debut at IFF Toronto 2019! While her most famous song, “Seikan Hikou”, peaked at 5th on Oricon’s chart, she has released four albums so far, including “Curiosity” in 2018. Megumi has released over 13 singles so far, including music used in anime such as Basquash!, Kobato, Fuuka and Recovery of an MMO Junkie. She has also voiced several characters in series such as Yuzuki Eba in A Town Where You Live, Kaede Sakura in Kämpfer and Maiko Osonoi in Miss Caretaker of Sunohara-sou. 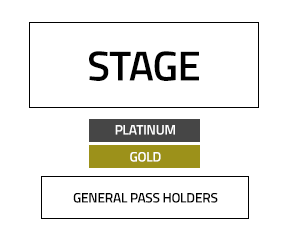